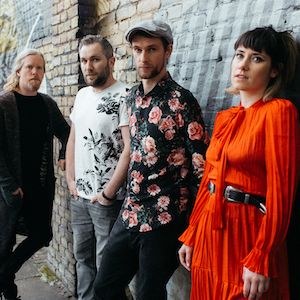 Irish natives Walking on Cars shot to fame in their home country in 2012 with debut single "Catch Me If You Can", and have been shaking up the scene ever since with their chart topping hits at home and abroad.

November & December will see the band perform their first ever headline shows in Australia & New Zealand. The dates follow a summer of European festival shows, a completely sold out UK tour and a clutch of huge arena and outdoor shows in their homeland, in support of the band?s spectacular new album, Colours.