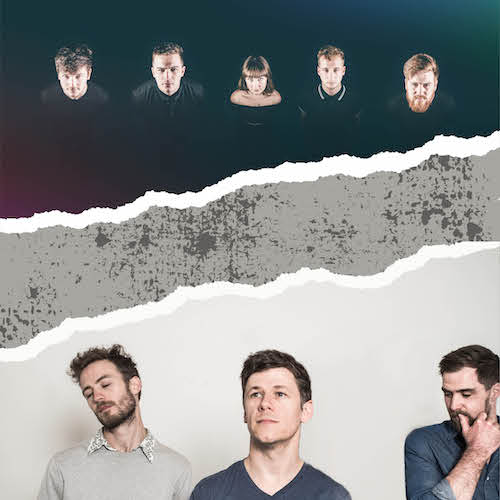 The Young Folk marry traditional acoustic instrumentation, perfect harmonies and contemporary production techniques resulting in a sound which has seen them compared with Fleet Foxes, Bon Iver and Crosby Stills & Nash, and are continually winning over new audiences the world over who are blown away by their fresh take on the Folk genre.

Their commitment to writing lyrics relating to real issues concerning family, childhood memories and times of great personal value resonate with audiences immediately. The Young Folk are known for their immaculate harmonies and sing tales of times that impacted on their lives with a commitment that is hard to match and easy to fall in love with.

“This is an accomplished musical aggregate that join the microdots between Noah & The Whale and old Greenwich Village Kweskin Jug Band. This is folk in Cuban heels.”
Eamon Carr – Irelands Evening Herald

With their innovative fusion of mercurial tunes, ethereal songs and intricate electronics, INYAL have crafted a sound that owes as much to their traditional roots as it does to the rhythms of modern Scotland.
Nominated for the Belhaven Bursary for Innovation at the 2018 MG Alba Scots Trad Music Awards, INYAL have garnered a reputation for genre-defying compositions which belong to both Glasgow?s underground scene and its folk tradition. They expertly place reverberating synthesisers alongside deft drumming, melodic arrangements and the captivating Gaelic song of Radio 2 Young Folk Award winner, Josie Duncan.

Mixing synths and elements of hip-hop, jazz and orchestral music with fiddles, pipes and whistles… we anticipate that 2018 will see Inyal further cementing their live reputation.  The Scotsman