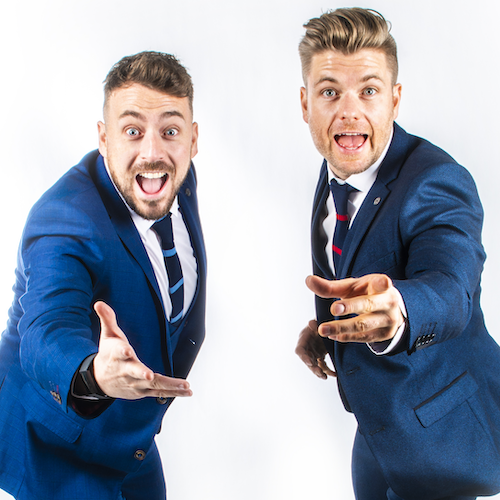 With over 15,000 tickets sold for their national Irish tour earlier this year, six #1 singles and their #1 podcast in their pocket, its safe to say The 2 Johnnies hit the Irish entertainment scene with a bang.

It’s been a whirlwind journey so far and they are only just getting started. Within an exceptionally short amount of time, the lads had multiple number one songs on the Irish iTunes charts. It was the kind of success that only George Ezra himself could slow down, but with some perseverance they succeeded in taking Ezra down a peg or two.

With a SOLD OUT nationwide comedy tour under their belts, “GET LOOSE??? blew the roof off some of the biggest venues in Ireland. As a result, Johnny B (O’Brien) & Johnny Smacks (McMahon) have won the hearts of the nation with their hugely popular, hilarious comedy sketches and songs that capture the uniquely funny side of all things Irish.
The 2 Johnnies are taking their incredible podcast show worldwide in 2020, bringing it live to Australia this summer.