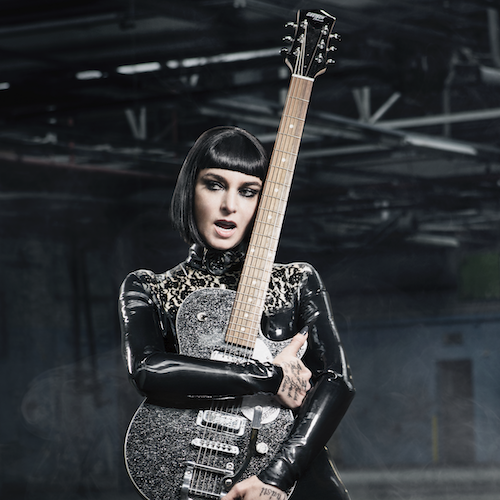 Acclaimed Irish singer-songwriter Sinead O’Connor will be in Australia in March 2015 for an exclusive run of shows + festival appearances.

Recently returning with an album that is both one of the artistic high points of her storied career and a worthy successor to 2012?s rapturously received How About I Be Me (And You Be You). Infusing the spirit of funky blues with a fresh exploration the age-old theme of romantic love I'm Not Bossy, I'm The Boss is a tour de force and signals a new confidence in song writing for an artist who was until recently perhaps more renowned as a vocalist.

The truly great songwriters realize that what has already been said is not enough. They create unique emotional snapshots – musical testaments to the indomitability of the human spirit – and challenge the status quo. Most importantly, through their work they give the rest of us heart to go on.

It seemed so unlikely that the stultifying atmosphere of 1970?s Ireland – dominated by church, patriarchy and tribute bands -would bring forth such an artist, but sometimes the most arid soil produces the most spectacular blooms.

When Sinead O?Connor first appeared on the scene thirty years ago nobody could quite believe what he or she were seeing and hearing. Still a teenage waif, nurturing herself on Dylan and Bowie, she nevertheless seemed to have arrived fully formed – possessed of prodigious song writing skills, a soaring, spectral voice and a tragic back-story to draw upon.

She was both a connection to her country's dusty, mystical past – she referenced WB Yeats on her first album and was named after the wife of Ireland's first president (and delivered at birth by his son) – and a punk iconoclast who seemed like a violent break from that same past. It was her heart stopping voice that really set her apart however.

Whether on the crunching new wave rocker Mandinka or her tearstained, multiplatinum-selling version of Prince?s Nothing Compares 2 U – it rang out like a clarion call and won her millions of fans. Throughout the 1990?s and 2000?s she would fearlessly cross musical genres, reimagining standards in classic jazz, Irish folk and Jamaican roots.

Her visceral live performances set new standards of feminine intensity in rock music. She spoke truth to power and paid the price but time brought vindication and as the years passed her lore has only grown. She remains the most iconic Irish artist in history.

A cathartic, uplifting, spiritual note on which to close a collection of pop songs whose simplicity belies their rich emotional resonances. This is Sinead O'Connor at the peak of her powers; a soft girl instead of a warrior queen, an authentic voice cutting through the manufactured dross, a songwriter first and foremost. And still, as she begins her fourth decade in the business, one of the most original, emotional and spirited voices in all of music.