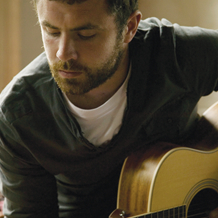 Mick Flannery is a singing and songwriting force to be reckoned with. Siobhan Long, Irish Times

Mick is a songwriter of the first order! His voice is pained, gravelly, and powerful. Recorded or live, it carries through and stops you in your tracks.
Urban Folk, New York

Due to popular demand, we will be bringing Mick?s renowned tour to Australia for a very special series of 4 shows only.

2012 was a landmark year for the Cork songsmith, with his third studio album Red To Blue spending 3 weeks at #1 on the Irish charts, followed by a sell-out tour of Ireland and critically acclaimed sets at many festivals such as Electric Picnic and Liss Ard Festival.

The crowds were here in droves for Mick Flannery, who delivered a world-class mix of emotional ballads and growling blues as the setting sun peeked through the clouds
Hot Press, Ireland

Flannery is a refreshingly unassuming artist, whose sole focus is on his craft, song-writing. A Mick Flannery gig has a feeling of intimacy to it; his stage presence exudes no superficial gimmicks, just a man sharing his songs in an understated but powerful manner. This attribute combined with the heartfelt honesty in his lyrics has won him worthy comparisons to such great songwriters as Bruce Springsteen and Tom Waits.