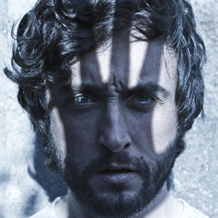 After the recent release of their brand new album Ocean of Frequency on September 30th, and a blissful set at Electric Picnic that received rave reviews all over the world, Troubadour Music is pleased to announce Jape's first nationwide Australian tour with very special guest David Kitt.

Kitt is one of Ireland’s best known singers blending pop melody’s with powerful lyrics. He burst on the scene with number one albums ‘ The big romance’ and ‘Square one’ and is now a full time member of UK iconic group Tindersticks.

Since winning the Choice Music Prize in 2008 for the critically acclaimed Ritual, Jape has been touring extensively, and are now bringing their exciting live show to Brisbane, Sydney, Melbourne and Perth. Chief songwriter, Richard Egan, had this to say about the new songs;

I had thought that the follow up to Ritual was finished about three times so far, but I kept getting drawn back to writing more and more songs, trying to push my songwriting as hard as I could and see how many different styles and moods I could try out, to feel out the album. Eventually, I realised that you could just keep on doing that forever so I decided it was time to start letting these songs go for a walk around the place.

Using an innovative mix of live instruments and hardware samplers and sequencers, the sound that Jape creates spans a range of genres and encompasses many different styles. From gothic to pop, Jape continues to surprise the listener with their eclectic blend of meticulously crafted lyrics and upbeat electronic rhythms.