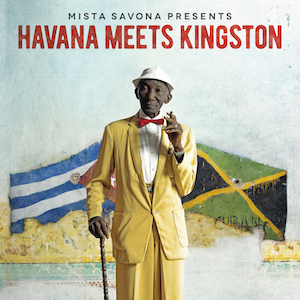 The HAVANA MEETS KINGSTON project has started to launch to the world on the live scene. Mista Savona and Randy Valentine played shows together in Europe this Summer, promoting the project for the first time. Proving to be a real joy for both Savona and Valentine, the performances were very high energy.

In October the Havana Meets Kingston Sound System show featuring Randy Valentine (JA) and Solis (CU) will hit Australian shores to bring this ultimate fusion to life. Solis will be flying direct from Cuba, to join Savona and Valentine on stage and it’s the first time key tracks form the forthcoming album will be performed as a live outfit. It’s going to be a very unique and exciting show!

HAVANA MEETS KINGSTON will be released in two parts – Album #1 on November 3rd 2017 and Album #2 and a feature film documentary following in 2018.