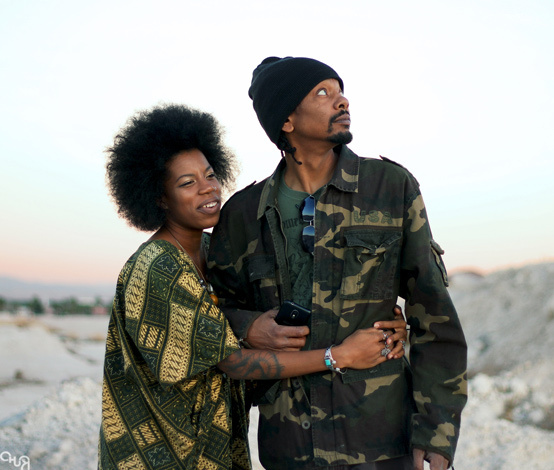 Singer, songwriter, producer Georgia Anne Muldrow & rapper, poet and producer Dudley Perkins a.k.a. Declaime unite under the alias of G&D. Besides handling production, the two are co-owners of their independent label SomeOthaShip Connect.

For the past seven years, the couple has worked to perfect their craft as solo artists and as a team. Influential in building the LA underground rap scene, Perkins has worked with artists like The Lootpack, Madlib, Oh No, The Alkaholiks, Flying Lotus and Hudson Mohawke while Muldrow has worked with the likes of Erykah Badu, Robert Glasper, Mos Def, Bilal, Wajeed, Sa-Ra and many other independent acts. Noted for her unorthodox, indefinable, sample-free original production, Georgia has built a repertoire as one of today?s leading producers. G&D use their music to uplift and raise the vibration of consciousness.

G&D will be in Australia in January 2014 for performances at Sydney Festival, as well as shows in Melbourne and Perth.